WHAT DYNASTY WAS PAPER MONEY IT?

The originally paper money was made in 1023, by the Song dynasty. In 1271, Kublai Khan who was the first emperor of the Yuan dynasty. Khan had heard about Paper Money in recent times because, the emperor of the Song dynasty didn’t make it compulsory, so only some of the ex-emperors and head men had heard of the paper money. When Kublai Khan had taken over China, he had heard about this ‘paper money’ and he had thought to take it up to hand, of making it compulsory to China.

WHAT IMPACT/IMPORTANCE HAS PAPER MONEY MADE TO THE WORLD TODAY?

This invention of Paper Money had made the world what it is today. If you go anywhere in the world, you will need money. Money is what makes us live today, because if a family or yourself had no money you wouldn't be able to buy: food, clothing, drinks, shelter, education ECT… in other words EVERY single thing in the world. If Kublai Khan never let Paper Money go viral, I really don’t know what else we all would be using today to buy supplies for ourselves.

WHO MADE/INVENTED PAPER MONEY AND WHEN? 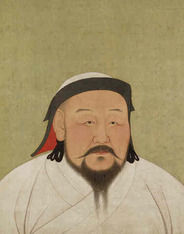 Kublai Khan born on the 23rd of September, 1215 and died on the 18th of February, 1294. Kublai Khan once ruled the Chinese army, although he and his parents was a Mongol. The whole Chinese population found it difficult to ease into Khan being the Emperor of China because the Chinese have always been at War with the Mongol.

Khan couldn't take all the credit for inventing Paper Money because, it was originally made in 1023 AD but it wasn't compulsory, so only %3 of China were using Paper Money. When Khan took over China, Paper money was compulsory. Khan had send all of his top men out to every single town in China to tell them about the Paper Money. Khan already knew before that not a lot of people would want to use this product, so he established a rule, “It’s either you use the paper money or you die”. After everyone in China had started to use Paper Money, Khan noticed that more and more countries started to use the money, so Khan invented the Currency credibility table.

What was Paper Money used for? 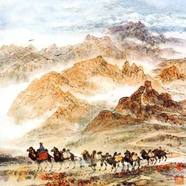 The Chinese only used paper money on any meaningful scale for about 300 years of a 400 year period between 1050 and 1450, overlapping the Song and the Yuan dynasty. They used paper money to buy kites, books, umbrellas, fans that were written or drawn on, paper windows (before glass was invented), and a whole bunch of other things. Also they did use it for clothing, early forms of silk, and shoes.